There are some cities where you simply feel safe, feel well, places you feel a warmth sensation every time you are coming back. Istanbul has a unique type of energy that naturally elevates my mind, my mood and triggers creativity. Travelling regularly to places that conveys such great energies is in the end all about practising self-care.

Located on both sides of the Bosphorus, the city bridges Asia and Europe both physically and culturally. Its multiple cultural identities are embedded in its identity which largely contributes to my fascination with the city. The Greeks, the Italians, the Jewish, the Kurdish or the Armenians these communities have lived for centuries in Istanbul and have left a tremendous cultural heritage.

Istanbul is this city with multiple faces, from its historical neighbourhoods to its modern and artistic dynamism, its mesmerising Bosphorus neighbourhoods, its street art, its beautiful mosques, churches and synagogues, its omnipresent music and its peaceful Prince’s islands. There is this unique contrasting atmosphere coexisting in the same city. From a neighbourhood to another, it may feel like you undertook a travel through space and time.

Elif Safak, a well-known Turkish writer, expressed accurately what I feel about Istanbul.

“Istanbul inspires, energises and suffocates me simultaneously. Strangely, it’s both old and young, East and West, modern and traditional. You put everything that sounds like a ‘cliché’ inside this cauldron called Istanbul, cook it for centuries, and the outcome is something that defies all clichés. It is full of vibrant energy and mesmerising contradictions.”

The historical area, of course, is a must-see if it is your first time in Istanbul: the Grand Bazaar, Ayasofya, Sultanahmet Mosque, the Topkapi Palace. On the European side, the Beyoğlu and Beşiktaş neighbourhoods are magnificent and essential to explore.

However, there is more the story. The Princes Island is a resourceful archipelago of islands situated in the Marmara sea, it is a haven of peace. The Asian side is not touristic but has so much to offer with places such as Moda in Kadıköy and Kuzcunzuk in Üsküdar 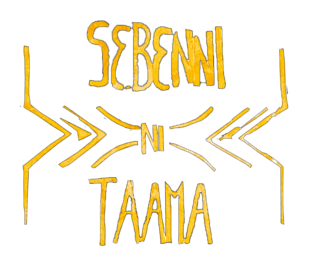